Santa was good to us this year.. now I have a new toy to play with and learn how to use..

Take a look at the Starter Kit for your iPad

via Got a new iPad? Find the best apps in our iPad Starter Kit | The Download Blog – Download.com.

Hi Everyone,  I haven’t written in a while as I’ ve been busy with my end of year workation and recovering from the Blizzard of 2010  that dumped 25+ inches of snow in my hometown of Leonardo, NJ.. Even with my monster snow blower/thrower, it took me over 3+ hours to clear my driveway. In my 40+ years, I’ve never seen this kind of snow storm leave such an aftermath. All up and down the North East Corridor, snow fell everywhere for a period of 24 hours and accumulated at an astonishing rate of 2 to 3 inches per hour. Yes we do get snowstorms.. but nothing of this magnitude.

Nobody was spared if you lived anywhere on the shore line of the northeast. NJ has been in as state of emergency and continues to be in one today..

BTW as a side note, both of the highest government officials of the Garden State are taking a major bruising over this as both the Governor and his Lieutenant Governor  are MIA in warmer climates. I guess they were following there commander in chief from Washington who is on vacation in Hawaii!..As a matter of fact both the governor of NJ and the mayor of NY have not been spared as a result of the snow clearing issues. NJ Governor Chris Christie is in Walt Disney World with his family on a “much needed” vacation and this second in command is in Mexico! Keep in mind both of them make  a combined $300K per year out of taxpayer money to serve the state of NJ.

Till 2010, NJ didn’t even have a Lt. Governor! This is what I call progress! Below is a quote that  I read in an editorial which perfectly describes the above:

State Sen. Dick Codey, a Democrat who stepped in for 15 months after Gov. Jim McGreevey resigned in 2004, put it best.

“They’re both entitled to a vacation, but not at the same time,” he said of Christie and Guadango. “You sit down and you work that out. Why do we have a lieutenant governor? So when the governor’s out of state for a period of time, like he is now, she or he would cover for him.”

So much for personal responsibility. So much for selflessness. So much for saving taxpayers’ money. Confronted with the first true crisis of his administration, Chris Christie went to Disney World.

Maybe the pundits will have to rethink that name the governor is making for himself. Could it be … Micky Mouse?

In NY/NJ Many side roads were still not cleared a few days 48 hours after the snow stopped! In my hometown, I do have to commend the MT officials that have been working around the clock to clear the roads. Additonally, the communications with the residents via text messages and emails has been superlative.

Every day we have been getting text messages from MT township on progress of road clearing and which roads remain to be cleared. In the 10 years that I’ve lived in MT, this is the first time I’ve seen this level of communication. I truly appreciated it. Fortunately, I happen to live on a “pass-through” street and it’s always cleared first. Of course this also means, that we are usually plowed in with snow on our driveway!

BTW, if you don’t know what “pass-through” means: It’ a road in NJ is like a cross street to get to one major road to another Major Road. In my case it’s Route 36 to Route 35. Both of these roads run North South. Route 36 is the beach traffic road and the Route 35 is the shoppers paradise road!

Since this is a holiday week, schools are closed, so kids are home and they of course are enjoying the snow.. Even my teen went sledding today, with her college pals! 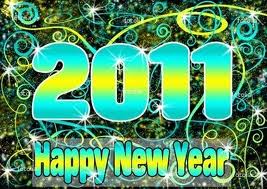 I hope all my readers have a healthy, happy, and prosperous 2011! Over the next few days, I’m going to individual farewell to 2010.. stay tuned for that.. it should be interesting.

I’d like to introduce a new word that came into my vocubuary this week. This word is “workation“. No you probably can guess what this word means…

A “workation” is when you are on your vacation but continue to work as if you were still working. It’s also when you go on a mandatory vacation, but continue to show up at work or work from your home in the belief that you are actually on vacation.

So whenever you go on vacation and work at the same time.. So what’s the simplest way to define a workation? A workation is simply a working vacation!

You can tell everyone you are on workation!

Have a great holidays everyone!

As many of my friends know, I have a tendency to go from topic to topic when we are having a conversations. I attribute that to my “stream of consciousness”  (SOC) way of thinking. I’m actually trying to get better, but this SOC thinking gets me in trouble, as I can easily forget where I came from and where I am going with my SOC thought process.

Today as I sat at my computer, I was thinking that first I’ll write about the Smoking Gun site, but by the time I got there and read some of the absolutely funny articles that are posted there. Of course some of these articles are meant for the PG-13 and above audience.  I’m sure you are wondering how did I get here? I was on my Yahoo front page and saw a link to an amusing article and before I knew it I was drifting through many funny videos on the Smoking Gun Site.

I was thinking of spinning of a new sub-site on this flag of one-liners that I’ve used in the past on my kids or at work, but there are so many that I’ll have to focus and concentrate on documenting all of them but hopefully, I’ll be able to focus long enough to get that done.

Here are a few of my favorite liners:

So it’s the end of the year and I have to think about what I want to get accomplished the upcoming year. I’m thinking if I start with last year’s list of things I didn’t do, and add to that, I’m sure to come up with a list that I surely cannot complete!

So my dear readers (and I know there are some regulars) who visit here, I’d like for you to share some of your classic one liners that you have used/stolen/made up and I’ll post them on my new and upcoming sub site labeled.. here it comes.. “One Liners”.

If you read this random rambling..please open up you SOC thought and share some One Liners with me..

So another year has passed by and it seems that each birthday comes faster and faster. Seems like only yesterday I was turning 18, 21 and now wow much much older. I would reveal my age, but that would just make me feel old, so I won’t.

I guess this year can best be characterized as the year of travel and illness. I had a great trip to India and of course I came home with eColi. Let me tell you something eColi is something that can easily drain your physical and emotional energy. Luckily I survived this one and came out somewhat unscathed. Except of course for the medical bills!

What I’m really grateful for this year is my family. Through everything my familial links and bonds have kept me sane and upbeat. Of course when I say family, I’m talking about my kids and my better half. I also have to credit my humor for keeping me focused and upbeat.

Financially, the year was a disaster, but hey which single income family doesn’t struggle and live paycheck to paycheck?

I think the best thing that happened to me this year is this blog and my new venture with my buddy AK.  We continue to plod along as we develop a South Asian Community based global portal. Even this, we have not really made much headway, but we keep pushing forward! We know that we won’t be the next Facebook or even Rediff, but this venture allows me to utilize the excess creative energy that I seem to be always searching for.

I guess the best I can say about the past year, I really matured as a person. I finally realized that holding on to old bitterness only does harm and does nobody any good. I finally realized that growing older does not mean you have to feel sorry for yourself, but to really appreciate what you have achieved and to enjoy your family. I’m also starting to realize that as I get older, I’m becoming more self reliant and care less what others say or think of me! Is that my arrogance speaking or is that my self-confidence showing its true self?

Overall, I think I finally grew up this year, or at lease some sense of maturity has finally crept into my existance. Let’s see what next year holds for me financially and emotionally.

Today,  we have a guest blogger doing this posting.

Yesterday, I had a discussion with my younger daughter about cyberbullying and she brought to my attention the site named Formspring. The Chicago Tribune had an excellent article on the perils of this social networking site that has become wildly popular with today kids. Feel free to pass this post to your kids and your family!

I’m not providing a link to this site as I want each parent that reads this to speak to their child about using this site. The reason this hit home was because as soon as I had this discussion, I saw a Facebook update from the daughter of one of my family friends!

So without further delay, Here my tween NM (as usual, I don’t reveal names to protect their identity):

Recently on Friday a detective from the Middletown, NJ Police Department came to my middle school to teach us the latest dangers of Cyber Space.

Well listen up parents and children! You might think that Facebook is dangerous, but we have found a even more dangerous website which is ranked #1 most dangerous social networking site! This website is called “Formspring.” I am here to teach you the dangerous risks you or your child having and active account on Formspring.