Yesterday (Friday), my wife and I planned a weekend getaway on the spur of the moment to Vegas.. Of course any spur of the moment plans usually lead to failure (to launch), and this plan was no different. Our plan to partake some fun in Vegas was just not meant to be this weekend. So Sin City still awaits our future visit.

My wife works for the airlines and she had a couple of passes to fly to Vegas on  out of JFK airport in NYC.. So we packed our weekend get away bags (in record time) and headed towards the airport, with the knowledge that there WERE available seats for “standby passengers”. Needless to say the things went wrong one after another.. and here we are back in NJ after two trips to JFK with us being no closer to Vegas than seeing the departing flight numbers at the terminal.

There was some good news failed takeoff: We were educated and impressed with JFK airport and the way to get to/from and between terminals at JFK. 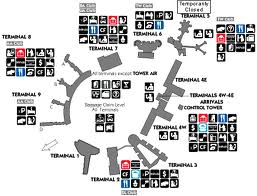 My wife and I huddled/argued and decided that we were being told not to go to Vegas so we better just give up! So we did.  We went to my sis-in-law’s house  (I of course caught up on my lost sleep with along 6 hour nap) and off we were back home to NJ !

See I’m not the spur of the moment kind of person and everyone that knows Dad’s taxi can attest to that. I’m a planner and a very minimal risk taker. For the first time I decided to throw my gut instinct away and go for it.. Big mistake..

What I learned (for the umpteenth time):

This past summer, I traveled quite  bit (Texas 4 times!), and was bumped once in St. Louis.. but never had to go home empty-handed!

Oh well at least I got myself a souvenir US Open 2011 T-shirt at a 25% break at the terminal! Yes! that’s the silver lining to this adventure I was looking for! I also got my aerobic exercise of daily 2 mile walks with my trips from the tram to the terminal at JFK!

Maybe, I’ll try next weekend for a Vegas Getaway.. I guess I just don’t learn do I? Have you ever flown stand by?